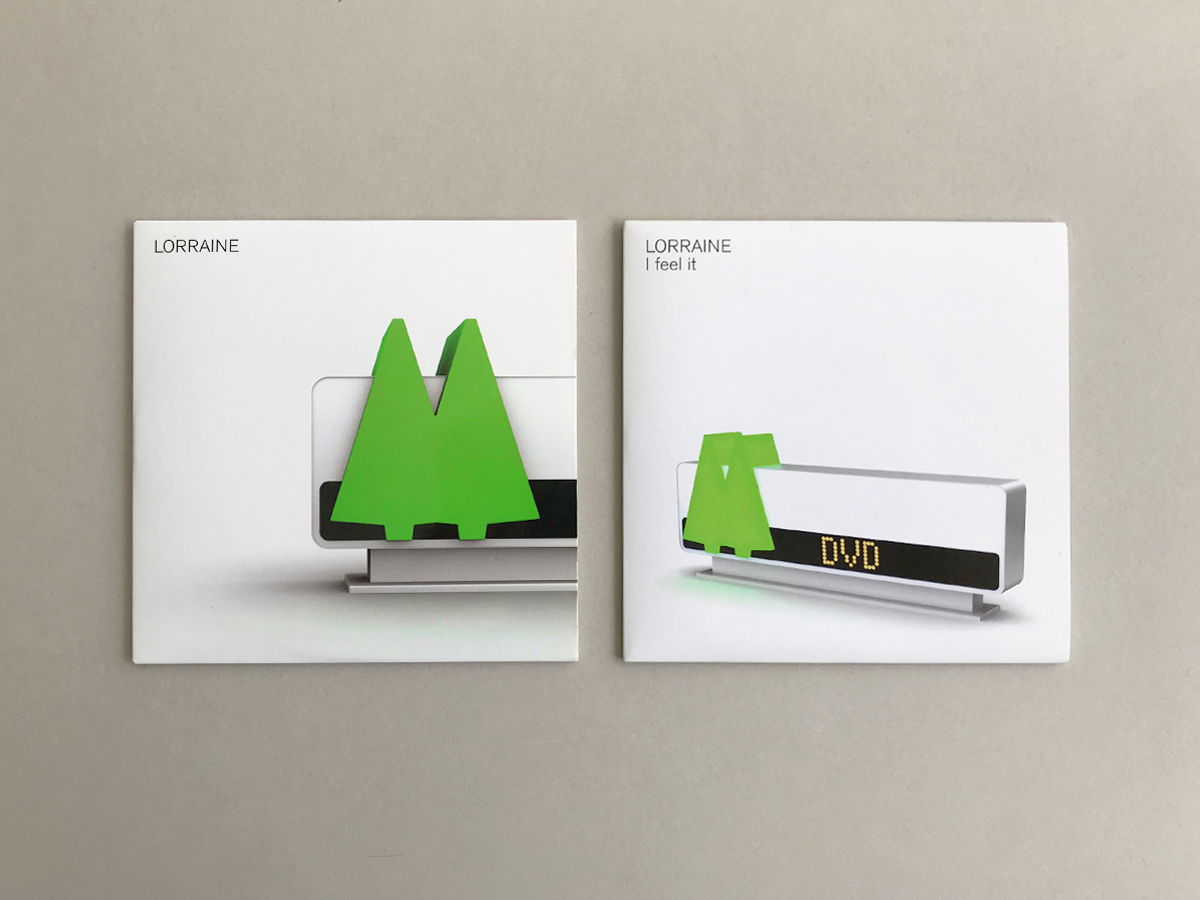 The cover artwork we were commisioned with Peter Saville to develop for the “I Feel It” CD single & DVD promo, by the Norwegian band Lorraine. Having taken the name from the film Back to the Future, they were also interested in a single cover which made reference to the film. The result was an adapted version of the “Twin Pines Mall” signage, which anybody familiar with the film will know, is a notable feature in a number of significant scenes.