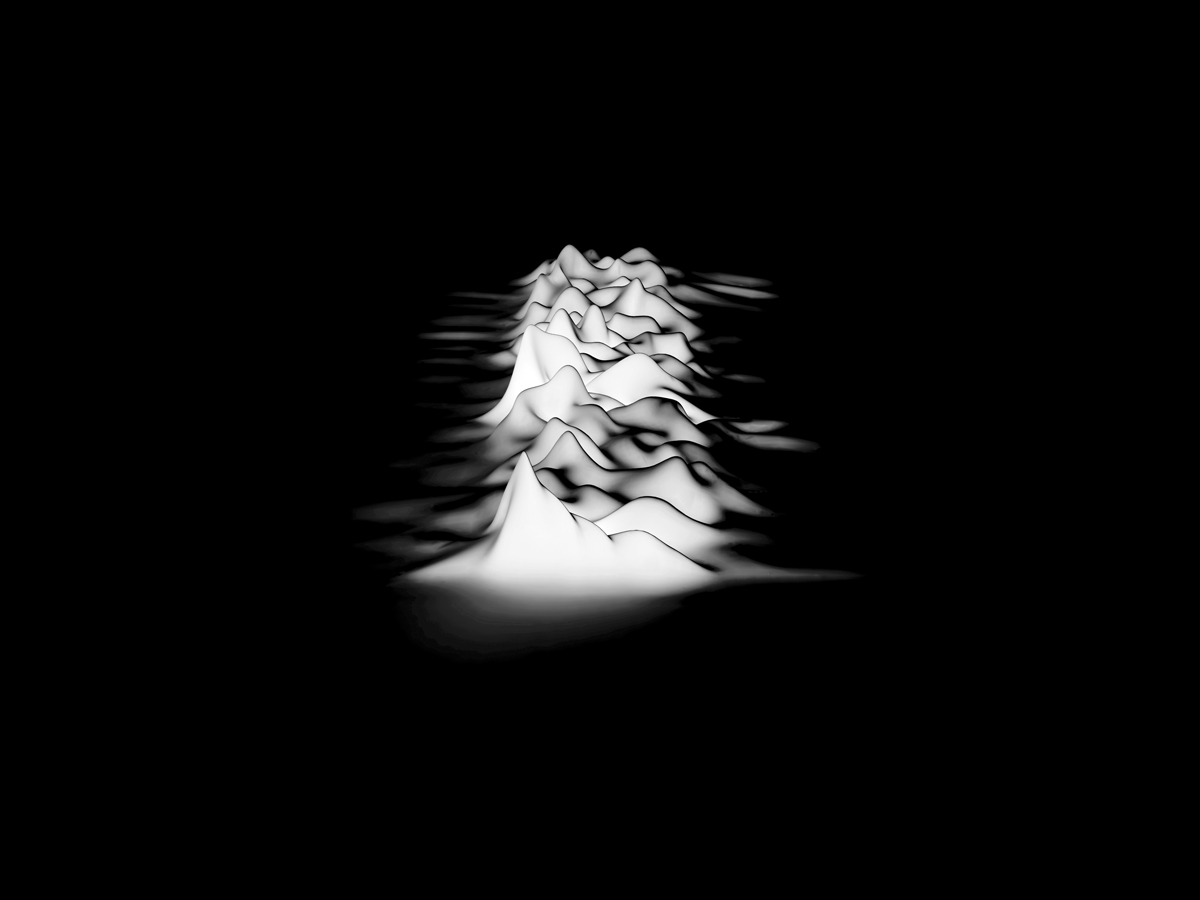 The artwork “Unknown Pleasures 2003” by Morph & Peter Saville is released as an edition of Iris prints by the Paul Stolper Gallery in London, and is used for the cover artwork for the book “Designed by Peter Saville” published by Frieze.

In 2002 we began working with Peter Saville to explore the idea of CP1919 in a new three dimensional way. The original illustration from the Cambridge Encyclopedia of Astronomy, which was famously used for the cover art for Joy Division’s Unknown Pleasures 1979, had always felt like the depiction of a physical landscape, albeit one which had been derived from the frequency of a pulsar wave.